One of the things I talk about a lot in presentations is scale. Here’s a fun art project to look at crocodile scale. Oh, and the food is not for the crocodile. The Hamilton students were collecting food for the hungry. They were stacking around the length of the building in order to reach their goal.

This amazing teacher worked with her students to put together a Thanksgiving-appropriate story using the structure of Crocodile Listens. See what happens when turkey listens!

They also created a turkey chant using the chant books as a structural element.  Mrs Schwartz is clearly an extraordinary teacher.

Let’s learn about life cycles. How does a toad survive in the desert? Let’s find out. 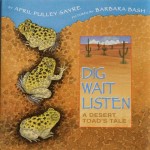 Another animal lays eggs in sand, too-not in the desert, but on a beach. The mother animal weighs as much as a refrigerator full of food. Can you guess the animal? 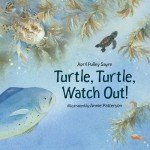 Sea turtle mothers lay their eggs and leave them. The hatchlings must fend for themselves. But another kind of creature guards its eggs and the hatchlings. 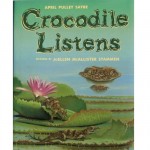 Another has to begin the year by finding a home and building a colony. 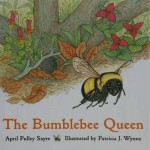 And here is an animal family with a parent who takes protecting the young very seriously! 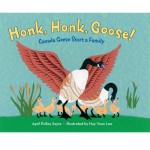 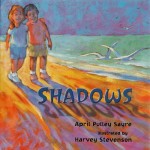 After reading the book, students can learn observation skills by going out and looking for shadows and experimenting as the kids do in the book. Why are shadows hard to see when the sky is cloudy? 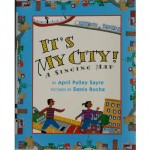 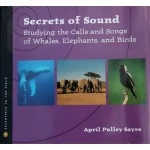 After reading some of these books, students can listen carefully, and write down the sounds they hear in their environment. Have older students use stopwatches and write down what they hear at each 30 second mark. Cars? Planes? Pencils? Voices? Scientists use these kinds of observations, called data, in their studies. Are certain sounds heard more often than others?

Use Sayre’s continent books or maps to introduce the continent of Africa. 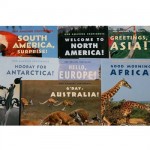 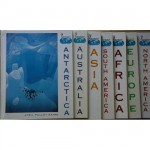 Then introduce some African animals with the books below.

First, survey the kids about what they know about crocodiles and think about crocodiles: Do you like crocodiles? How would you describe a crocodile? Pay attention to the adjectives they use and write a few down on a chalkboard.

Now look back at the adjectives we used for crocodiles before we read the book. Did you learn anything new about crocodiles? How would you describe them now? Let’s learn about some more African animals. 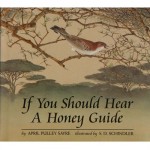 If You Should Hear a Honey Guide contains a Swahili word: Kumbe! Check the web or other books for more Swahili words to introduce to the kids. Educators might also transition to more information on the people of Africa.